The re-entry study is an intensive longitudinal project that follows more than 200 women released from prison in Santiago, Chile. It is funded by the San Carlos de Maipo and Colunga Foundation, and the Inter-American Development Bank. We used interviews over a period of one year to know their experiences on family life, housing, employment, social capital and health. Data collection finished in 2018. See reports and publications below. 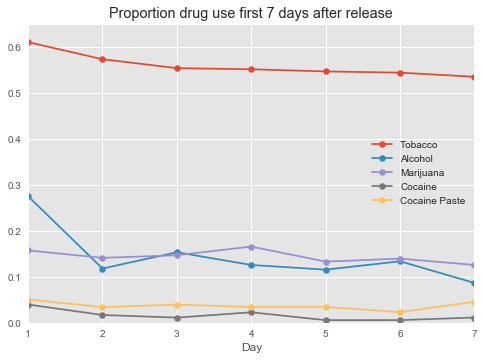 Proportion of women reporting substance use by day after release.